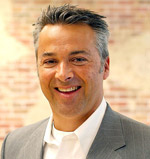 As Chief Sales Officer for Evolve IP, Tim Allen is driving the company’s efforts to market a unique suite of services that help businesses turn their vital communications technologies into a competitive advantage. With more than 20 years of telecommunications sales, marketing, and strategic development experience, Mr. Allen is responsible for setting Evolve IP’s organic growth strategy, including its direct and indirect sales forces and initiatives.

Prior to his role at Evolve IP, Mr. Allen spent more than two decades at ATX Telecommunications Services, where he quickly rose through the ranks to become one of the company’s four executive leaders and manage the company’s Mid-Atlantic commercial sales force. Under his leadership, ATX grew to achieve more than $350 million in annual revenues, 22,000 commercial clients, 300,000 consumer clients and industry-leading metrics in sales, marketing, customer service, and satisfaction. Mr. Allen’s efforts in retaining and growing revenue were instrumental in securing and closing the multi-billion dollar merger between ATX and two publicly traded companies, CoreComm Limited and Voyager.net, in 2000.

Mr. Allen is a 1985 graduate of Villanova University, and a 2005 recipient of the Ethos Award for honesty and integrity in the communications industry, awarded by the Villanova College of Liberal Arts.

He currently resides in Berwyn, PA.